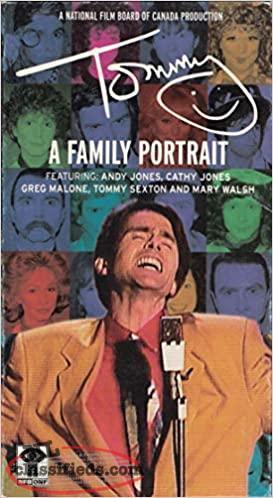 "Medicate him," the doctors said. "The child is hyperactive." But Tommy Sexton was destined to hyperact - thus a star was born. Tommy...A Family Portrait is a warm and funny tribute from his sister, filmmaker Mary Sexton. Showcasing high-octane comedy from Codco, the film charts Sexton's phenomenal career - alongside Mary Walsh, Cathy Jones, Andy Jones and Greg Malone. But first and foremost, Tommy was a member of the irrepressible Sexton clan - raised in a lively household in the old port town of St. John's, Newfoundland. Sexton's legendary performances are framed by family interviews, and standing out from the colourful crowd is his mother, Sara. "I was looking for miracles and I didn't get them," she says, remembering Tommy's final battle with AIDS in 1993. "But you know, the miracle was his life.